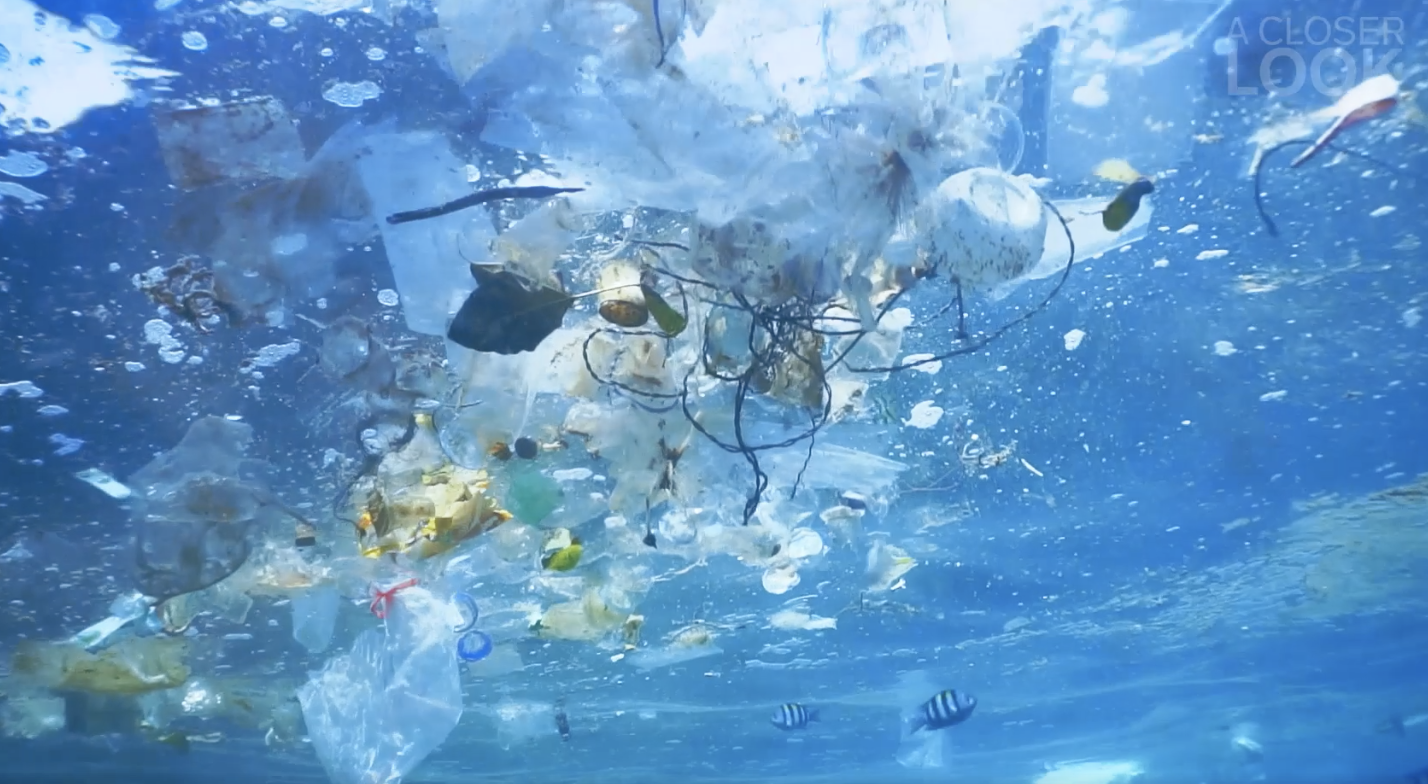 · There are more than 5 trillion pieces of plastic debris in the oceans, and companies are racing to find solutions.

· More than $30 trillion in global investments are driving companies to innovate alternative forms of plastic.

· Around the world, scientists and entrepreneurs are pioneering plastic alternatives, with the goal of creating materials that can be recycled over and over again.

Earth’s plastic problem is getting worse by the day.

Right now, there are at least 5.25 trillion pieces of plastic debris floating in the oceans. And by 2050, there will be so much plastic in the ocean, it will outweigh the fish it shares the water with.

Troubling statistics like those are driving scientists and entrepreneurs to innovate new forms of plastic that could replace the one we’re so accustomed to using on a daily basis.

And investors are taking note — more than $30 trillion is currently held in sustainable investments around the world. The biodegradable plastics industry alone is expected to reach nearly $7 billion by 2025, according to one estimate.

Israeli startup UBQ Materials claims to have found a solution. The company has raised $30 million from private investors for a patented process it hopes will revolutionize waste management and erase the need for landfills.

The company says it has the technology to convert all kinds of trash — food waste, mixed plastic, even cardboard and paper — into tiny, plastic-like pellets, the kind that are the base for regular plastic before it’s molded into shape.

The magic happens at its plant and research facility south of Jerusalem, where UBQ workers sort and dry garbage, and — using proprietary machinery — shred it, grind it into a confetti-like material, melt it into long strands, and then chop it into pellets. The team sends those off to conventional plastic manufacturers who can mix them with regular plastic pellets to create new materials.

Part of UBQ’s production process takes place behind closed doors, and what exactly happens there remains unclear. Prominent plastics consultant Duane Priddy dismissed the technology as “too good to be true” and compared it to alchemy in 2018.

But UBQ has the endorsement of other prominent scientists. Oded Shoseyov, a Hebrew University biochemist who serves on the company’s advisory board, told Business Insider that there was “something unique and novel in this technology.”

And the company’s technology could soon make its way to the United States. Waste management authorities in Virginia ordered 2,000 recycling bins made from UBQ material last summer, and CEO Jack Bigio said he hopes to eventually open a production plant in the state, according to a local CBS affiliate.

Meanwhile, in November, UBQ announced a contract with Arcos Dorados, the largest independent McDonald’s franchisee in the world, who said it will use the trash-based pellets to produce materials for use inside its restaurants. The rollout is planned for early this year.

From 2016 to 2018, investments relating to sustainability and social responsibility grew by more than 38%.

And as the public becomes more and more aware of the environmental consequences of plastic, the appetite seems to be growing.

“I think we’re seeing rising regulatory pressures globally on bans around plastics and single-use plastics,” Sarah Bratton Hughes, a sustainable investment director at Schroders, told Business Insider. “But I also think we’re continuing to see those social pressures. You’re seeing more and more of it on social media. It’s really opened up this issue to the masses.”

Companies are also feeling the pressure to use plastic alternatives in their packaging.

Their products are made from a type of polyester that is mainly petroleum-based, but is safe for the compost bin.

As demand increases for products like the ones EcoSafe produces, so does the size of the alternative plastics industry. Geoff Woolley, president of EcoSafe, said his company has “more than quadrupled in size” in the past six years.

It’s a sign of how the industry gone mainstream over the last decade.

“You’re seeing more and more stockholders going to companies and saying, ‘You need to be green. You need to be more sustainable,'” Frank Franciosi, executive director of the US Composting Council, told Business Insider.

The attention is spurring companies to push the limits of how sustainable products can be.

“Instead of a cradle to grave, they’re looking to develop products that are cradle to cradle, that are part of the circular economy,”

The goal is to make plastics that can be recycled over and over again.

Many of the plastics we toss into the recycling bin, like straws and shopping bags, are not recyclable at all. Others never get a second life because the chemicals added to make them useful, like fillers or solvents, make them impossible to recycle.

Only 25% of the most recyclable plastic, polyethylene terephthalate, actually gets properly sorted and recycled. And once it does, it only goes through the recycling process once or twice before ending up in incinerators, landfills, or in the ocean.

Therefore, the ultimate goal is to make plastics that can be recycled over and over again.

Scientists at the Lawrence Berkeley National Laboratory recently stumbled upon what they say is a formula for endlessly recyclable plastics.

A group of researchers announced in May the discovery of a new kind of polymer that, like Lego blocks, can be broken down into molecular parts and then “reassembled into different shapes, textures, and colors,” according to a press release.

The new material, called polydiketoenamine or PDK, could breathe new life into plastic products that were made unrecyclable because of the presence of other materials, like fillers or solvents, that make the plastic harder or more flexible.

The next step is for the team to commercialize PDK plastics and find ways to apply their uses to things like textiles, 3D printing, and foams.

“We’re interested in the chemistry that redirects plastic life cycles from linear to circular,” Brett Helms, a staff scientist and leader of the research team, said in a statement.

“We see an opportunity to make a difference for where there are no recycling options.”

Until then, however, the race to find the perfect plastic continues.