History of Bioplastics in the Automotive Industry 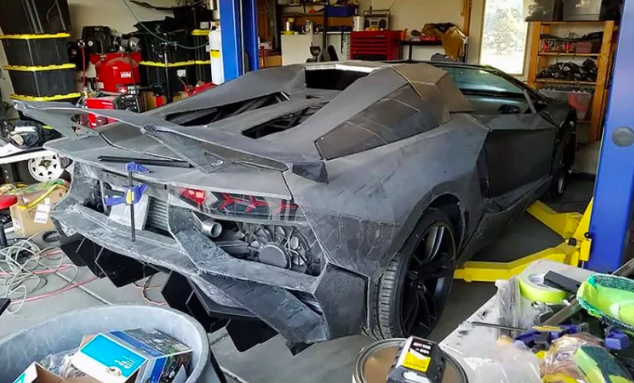 Here’s a summary and short history of the use of bioplastics in the automotive and car industry.

Plastics in the Automotive Industry

Bioplastics in the Automotive Industry

The most used natural fibres to reinforce polymers / plastics are cellulose, soy, hemp and flax. It’s interesting to note that we’ve seen an incredible number of new bioplastics feedstock in the last five years.

PA and PA composites represent about 10% of the plastics parts in modern cars. Most PA used in car applications are from fossil origin.

Rilsan®PA 11 (bought by Arkema) was the first bio-PA to be used in the automotive industry. It’s derived from castor oil and used for flexible tubing, fuel lines, friction parts, quick connectors and pneumatic brake noses.

DuPont™ Zytel was also one of the first to be used in radiator end tanks (Toyota Denso and Camrys).

PLA is a relatively new biopolymer in automotive applications compared to Bio-PA. PLA was traditionally used in biomedical and packaging applications.

PLA can be used for under-the-hood components as well as for interior parts such as carpeting, floor mats, upholstery and protective wrappings used during vehicle manufacturing and transit.

PLA is an excellent alternative to most polyesters (PC, PET, PBT), polystyrenes (ABS), polyolefines (such as PP) and polyamides (PA6).

Polybutylene succinate (PBS) is a biodegradable plant-based polymer synthesized from succinic acid and BDO and a substitute in automotive applications for polypropylene (PP), polyethylene terephthalate (PET) and polyethylene (PE) because of PBS’s high tensile strength and heat resistance.

Why are Bioplastics / Biopolymers used in the Automotive Industry?

There are three main advantages of bioplastics over fossil-plastics.

Industry needs to be encouraged through “sustainability” legislation or self-regulation to increase the use of bioplastics and biopolymers. There are more and more concerns and legislations to reduce CO2 emissions to avoid climate change. Bio-based plastics and polymers have a more favorable carbon footprint than fossil-plastics.

Fossil oil is not the most sustainable resource. Let us remind us of the environmental impact of fracking and oils spills. Bio-based plastics may offer a reduced impact on the environment in terms of material sourcing. Interesting to note the difference between 1st, 2nd and third generation bioplastics.

Biodegradable / compostable plastics may be a valuable end-of-life option.

Oil has a social impact. Wars were made in the name of crude oil. Bioplastics offers new outlets to the agricultural sector. Money would go to western farmers instead of eastern oil sheikhs and reducing geopolitical influences at the same time (price of crude oil is dependent on OPEC and geopolitical factors in the Middle-East).

Using plant-based fibres makes it possible to reduce the weight of certain pieces of equipment by 20% to 25% (compared to non-renewable fibres such as fiberglass).

Bioplastics Use Per Car Manufacturer

Henry Ford (1863-1947) founded the Ford Motor Company and was involved in the development of the first assembly line of mass production. He saw a link between farming and industry and pioneered the use of bioplastics in the automotive industry .

1941 – The first car body made of soybean bioplastics was unveiled in 1941. However, production was stopped due to the second world war.

2000 – Ford starts using and testing polymers made with renewable fibers.

2003 – Ford used PLA fibers for the canvas roof and carpet mats of their Model U.

2010 – Ford starts using headliners made from soy foam blends. A headliner is a composite material that is adhered to the inside roof of automobiles. Ford includes soy-based BIO-PU foams in all of its North American vehicles. Ford is using Bio-PP from wheat straw for interior storage bins in the Ford Flex and PP from coconut for the load-floor in the Focus BEV.

2018 – They announce testing bioplastic made from agave plant fibres.

GM uses wood based BIO-PP for the seatbacks of the Cadillac DeVille and flax based bio-PP made for trim and shelving in the Chevrolet Impala.

2001 – Chrysler was the first automaker to use EcoCor, a bio-based composite developed by Johnson Controls that contained kenaf, hemp and polypropylene for the door panels of the Sebring.

2016 – Mazda launched a roadster coated in bioplastics. Many cars use a mix of metal, oil-based polycarbonates and painted resin to form their outer shell. Mazda was able to eliminate harmful paint emissions through their bioplastics.

Toyota has been using bio-polyesters, bio-PET, and PLA. They claim to have been the first to use sugar cane-based PET in vehicle liners and other interior surfaces. Toyota SAI and Toyota Prius were the first models to feature a number of bioplastic applications such as headliners, sun visors and floor mats.

2003 – They used PLA fibers and fabrics for the floor mats and PLA/kenaf biocomposites for the the cover spare wheel and translucent roof of Prius and Raum.

Toyota set their objectives to have 20% of all plastic components in their vehicles made of bioplastics by 2015. Some Toyota cars have up to 60 % of the interior fabrics made from biobased polyesters.

They mixed PLA with PET for upholstery material on door and luggage area trims, and PLA with polypropylene (PP) for injection moulded parts such as scuff plates and interior trims. Many Toyota vehicles have soy-based seat cushions (Prius, Corolla, Matrix, RAV4, and Lexus RX 350).

Toyota used DuPont™ Sorona®EP (20-37% starch-based polymer) for the vent louvers of the Toyota Prius ‘A’ Alpha.

2017 – Toyota used Denso bioplastics for their navigation system in 2017.

2006 – Mitsubishi Chemical and Faurecia (FR) co-developed a bioplastic called BioMat that could be massed-produced and used for automotive interior parts such as door panels, trim and strip, structural instrument panels, console inserts, air ducts and door panel inserts.  BioMat was made from bio-succinic acid supplied by BioAmber and bio-PBS.

2011 – Fiat and Dupont won the Society of Plastics Engineers’ Automotive Innovation Award in the environmental category for their use of castor oil-based Zytel RS polyamide 1010 in some fuel lines. Zytel RS line is a renewably sourced long chain of nylon products, between 60% and 100% bio-material.

The Lexus CT200h contained Bio-PE made from bamboo and corn in its luggage compartment, speakers and floor mats.

Daimler mixes kenaf, flax and sisal in plastics for its door linings.

Mercedes-Benz’s Biome concept car is a vehicle that would be grown in a lab from organic biofibres. It would be stronger than steel, lighter than metal and compostable at the end of its life.

Mercedes-Benz models have bio-PE from flax in the engine and transmission cover and in underbody panels.

Mercedes Benz beauty engine cover is made of EcopaXX, a 70 % biobased polyamide (PA4.10) produced by DSM.

BMW used wood based biocomposites produced by Johnson Controls for its panels making them 20% lighter than with traditional materials. Some BMW series contained up to 24 kg of ﬂax and sisal.

First Car Made Completely out of Bioplastics

Eindhoven University of Technology Researchers have created the first car made completely out of bioplastics in 2018.

The car was created by a team of 22 students of the Eindhoven University of Technology and named Noah. The bioplastics car weights 360 kg (794 pounds) without batteries, approximately half weight of a regular car. The batteries weighs 60 kg (132 pounds).

The chassis of the bioplastics car is made from sugars, the body is made from polylactid acid (PLA) and the car is weather-proof.

2019 – An American 3D printed and homemade Lamborghini with PLA and other plastics.; and the Japanese create the first supercar made from cellulose and agricultural waste.

Lawsuits Regarding Bioplastics in Cars

U.S. had several class-action lawsuits against Honda, Kia and Toyota with the complaint that the bioplastics wiring had a scent of vanilla, attracting rodents (US Class Action Against Bioplastic Car Parts Dismissed)