Epic fails in “one use plastic ban” initiatives 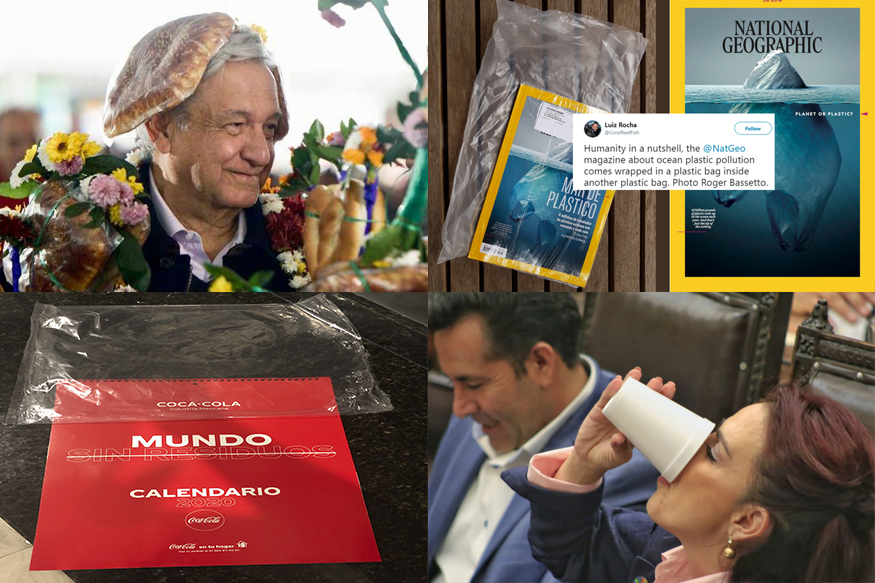 In our opinion, it is very clear that the plastic industry worldwide is aware of the environmental impact generated by single-use plastics due to misuse and lack of education on disposal, recycling and waste management.

We firmly believe that plastic should be seen as a raw material rather than as a pollution, to achieve the fundamentals of a circular economy, reuse, reduce, recycle, rethink.

Single-use plastics can be criticized, however, as we can see in this post, in all segments it is useful and necessary. That is why we seek to offer compostable and biodegradable alternatives and be a responsible company.

The Chamber of Deputies of Mexico City approved on May 9, 2019 the initiative with the draft decree by which a fraction XVI bis is added to article 3, and articles 6, section XI and 25, section XI are amended bis, all of the Law of solid waste of the Federal District, by means of which several plastic articles denominated of a single use for their short useful life are prohibited. In the Opinion presented by Deputies Alessandra Rojo de la Vega and Teresa Ramos Arreola (both of the PVEM), Article 25 BIS XI is amended, which states that it is prohibited:

“The commercialization, distribution and delivery of plastic bags to the consumer, at the points of sale of goods or products, except if they are made of compostable plastic (…).

Meanwhile, on the day that the new prohibition law began, President Andrés Manuel López Obrador appears in public with single-use bags, as can be seen in the following photograph;

2. Deputy uses unicel … at a plenary session to ban plastic.

The deputy Mónica Lara of the “Partido Encuentro Social”, was captured in her seat using a unicel glass while in the plenary session the reform that prohibited the use of plastics was discussed.

3. Coca Cola Delivered Its ‘MUNDO SIN RESIDUOS’ Calendar in a One Use Plastic Bag.

Coca Cola Company has a great initiative to recycle all the plastic bottles it produces by 2030. To follow this great project go to http://www.unmundosinresiduos.com/

However, they are delivering the 2020 edition calendar to their customers in a single-use plastic bag. This shows us the importance that single-use plastics have since someone like Coca Cola Company overlooked something like that. #mundosinresiduos

National Geographic magazine’s cover for June 2018 featuring a plastic bag partially submerged in water had gone viral on social media after a senior editor shared the illustration on Twitter.

With many calling the cover “brilliant” and “thought-provoking”, the illustration showed a plastic bag resembling an iceberg, suggesting that the world’s plastic pollution is “just the tip of the iceberg”. Titled “Planet or Plastic?” the Nat Geo cover referred to the usage of plastic around the world and the threat it posed to our environment.

But then this happened… Dr. Luiz Rocha, who goes by the Twitter handle @CoralReefFish ordered the celebrated edition, nothing had changed in the packaging. The Twitter user shared a photo of the magazine delivered not in one but two layers of plastic wrapping.

Humanity in a nutshell, the @NatGeo magazine about ocean plastic pollution comes wrapped in a plastic bag inside another plastic bag. Photo Roger Bassetto. pic.twitter.com/m0HUzkDuqW